Popular
Is 5000 IU of Vitamin D Enough?
How to Boost Your Stamina and Endurance (And...
Biomanix Review – Premium Male Enhancement At Its...
What causes penile numbness and how to treat...
Why Do We Sweat?
7 Reasons Why You Should Exercise Out in...
Here’s how cannabis can improve your sex life
7 Reasons Why You Should Probably Eat More...
Male Ultracore Review – Is it worth buying?
What is Chlamydia?
Home » 5 Simple Ways to Avoid Overeating at Dinner
Weight Loss

Despite your dedication to sticking to your weight loss management plan, there’s something about dinnertime that makes people go gaga over food. Nonetheless, the culprit isn’t always the food. You might have prepared a nutritious meal, but it’s not the only thing that needs to be considered. Other factors include the time when you’re eating, what you’re drinking, and what your day was like before dinner.

A lot of people would say how they’ve eaten little or healthily during the day but that they would overindulge at dinner. What causes this overindulgence during the last meal of the day? Generally, it boils down to missing breakfast or eating too little during the day that makes them go extra hungry at night it hurts not to satiate your stomach. 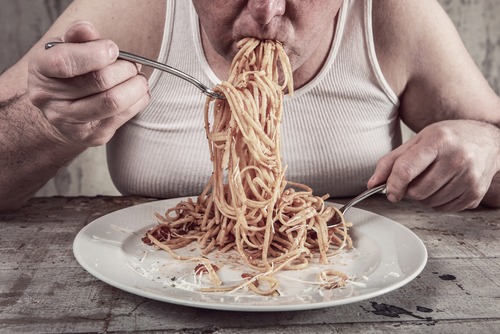 One of the solid reasons why many people overindulge at dinner is because of the extra selections you can have in what you thought is your last meal for the day. For instance, you probably don’t eat much during breakfast because you’re in a hurry. A lot of people aren’t that hungry in the morning anyway and even if they do, they don’t have time to have a proper meal.

At lunch, you almost certainly don’t have any alcoholic drinks, at least not on weekdays. But, come dinnertime these options become readily available and they may even seem like a good idea because they’re just so tempting. After the things you felt you missed out during the day you think your body deserves some sort of treat that you end up overindulging.

This doesn’t have to be a concern. You can apply a few simple strategies so you won’t have to worry about your dinner meal negatively impacting your weight. When you start doing so, hopefully, this can be the beginning of a healthier and long-lasting dinner habits that can ultimately help you lose weight and maintain a fitter and a healthier body. Here are 5 simple ways you can to avoid overindulging at dinner:

Depending on your schedule, late can have different meanings, but the bottom line is that you should not wait too long to have your dinner that you end up greatly famished you feel you can eat anything and everything on the table. This typically leads to consuming food more than you intend to. And naturally, you only realize that after you’ve devoured everything.

Another reason why you shouldn’t eat so late is so that you can give your body sufficient time to digest food before you go to sleep. By eating 2-3 hours prior bedtime, you get a greater quality of sleep and you also wake up hungry the next morning, prompting you to eat a full breakfast. This helps make sure that your day stays on track in terms of your eating habits.

2. Set proper portion on your plate 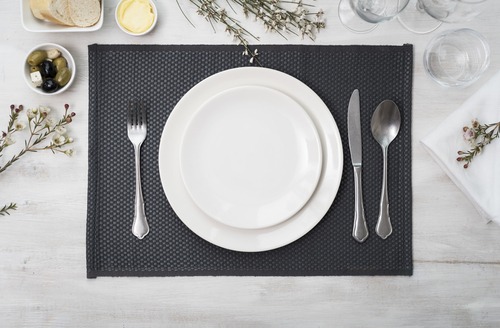 While you don’t have to precisely measure out the foods you’ll be eating, it can help to have a sort of general rule to help you set a proper portion during meals, especially at dinner. Nutritionists suggest one-half of your plate should be veggies, one-fourth should be lean meat, and the remaining fourth should be carbs. So, you don’t really need to give up bread or pasta to lose weight. Just make sure you eat more vegetables. Basically, it’s all about balance.

Drinking alcohol can make your dinner meal more enjoyable, for sure, but it’s not without consequences, especially if you don’t limit your intake. Naturally, alcohol can’t interfere with your weight loss plans as long as you’re not drinking too much or drinking cocktails loaded with sugar. Having a drink at dinner is fine as long as you only have a glass and only drink no more than three nights every week. Otherwise, it’ll take a toll on your waistline.

Also, when it comes to drinking selections, wine or liquors such as vodka or tequila are better options because they’re less sugary. Beer can make you feel full, causing you to eat less but only to binge on leftover pizza later at night while alcohol heightens your hunger and reduces your inhibitions, causing you to order burger and fries late at night without a care in the world.

4. Drink water before dinner, lots of it

A study in 2015 found that adults who drank 16 ounces of water 30 minutes before eating ended up consuming fewer calories than those who didn’t. Twelve weeks later, the water-drinking subjects lost 2.6 pounds. By drinking a glass or two of water before meals, you fill yourself up, leading you to eat less.

Prepping your evening food makes it easier to commit to that healthy dinner meal you have in mind. Having a meal already prepared helps you avoid getting tempted to go for a less nutritious selection. It sets your mind to that dish you’ve already made and you’re also not giving yourself the opportunity to stray because your meal is all set.

Healthy Tips for Dining Out When You Have Type 2 Diabetes

7 Signs You Need to Lose Weight

Are Carbs Really that Bad for You?

Should You Be Eating a Bigger Breakfast to...