Popular
Is 5000 IU of Vitamin D Enough?
How to Boost Your Stamina and Endurance (And...
Biomanix Review – Premium Male Enhancement At Its...
What causes penile numbness and how to treat...
Why Do We Sweat?
7 Reasons Why You Should Exercise Out in...
Here’s how cannabis can improve your sex life
7 Reasons Why You Should Probably Eat More...
Male Ultracore Review – Is it worth buying?
What is Chlamydia?
Home » 8 Movies Made For Men
Health

8 Movies Made For Men

There are a ton of movies out there. Classics, indies, science fiction, and comedy. You’ve enjoyed movies of all kinds, but are having some difficulty finding a good one. Maybe you’ll watch a comedy or a Western, but, on the other hand, a fantasy could be cool. Well, whatever you decide, here are eight movies that could be featured in your next movie marathon.

Dirty Harry Callahan, played by Clint Eastwood, is a cop who takes justice into his own hands. He shoots first and then asks questions. That’s how he delivers vigilante justice in San Francisco, the city that condones so many crimes. 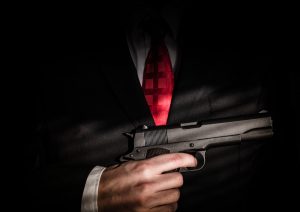 When elderly patriarch, Don Vito Corleone, transfers his massive empire to his son, a reluctant recipient, everything begins to unravel as war breaks out between the largest crime families. Bodies begin piling up, bullets fly from every direction, and revenge is at the top of the list. When the smoke clears, the successor to the massive, dangerous, empire will be revealed.

Scarface has left its mark on the film industry with Tony Montana sitting at the top. The ruthless, but selectively soft-hearted, main character leaves Cuba just in time. He winds up in a Florida refugee camp and finds a way out. A ruthless way out. To leave he’ll need to kill someone assigned to him through a contract. After the murder is done, Tony will receive a green card. When he gets out he begins working with drug dealer, Frank Lopez.

Tony is disowned by his mother, who despises his lifestyle. He shows he’s fully capable of getting the job done when a Colombian drug deal goes sideways. But, Tony has no plans to work for Frank too long. His aspirations include taking Frank’s empire and his mistress Elvira. After he usurps Frank, he introduces Miami to a whole new level of violence and everyone wants to dethrone him.

While visiting his wife at her workplace, Nakatomi Corporation, NYPD cop John McClane spends Christmas enjoying the festivities with his wife. The merriment ends when bank robbers bust in and hold everyone, not including John, hostage. They have a lucrative heist on their minds and with no police available in the vicinity and no escape, John must handle these robbers himself. For the life of his wife, the other hostages, and himself. A fast, action-packed movie, Die Hard, will have you perched on the edge of your seat.

To prevent the human uprising in the future, a cyborg is sent to kill the mother of the child who will lead the revolution. This cyborg, played by Arnold Schwarzenegger, has every intent to kill Sarah Connor, whose only protection is Kyle Reese, a man from the future. With extraordinary intelligence and strength, the cyborg will find Sarah, but can anyone stop him before he dooms humanity?

The world has ended, but humans are determined to survive. Taking place in Australia, which has been transformed into a post-apocalyptic wasteland, a policeman-turned-warrior battles barbarians to save a community of survivors who have taken shelter in a gasoline refinery. With honed skills and excellent performances, The Road Warrior is a sight to see.

It’s World War II and a dangerous mission needs bodies, ahem, men to fill its ranks. Where to get these men? A military prison sounds about right. A rebellious U.S. major with a chip on his shoulder and a proven track record is handed military prisoners on death row to assassinate German Generals on the eve of D-Day. Many will die and victory will go to the winners.

Neo, played by Keanu Reeves, is a brilliant hacker who has no ambitions. He sells drugs for money and lounges in his room. Set in a cyberpunk world that introduces a novel male hero, the computer geek who won’t be a punching bag, The Matrix is a mind-bending tour de force that will leave you mesmerized. One day, Neo receives a message on his computer. He then meets Morpheus, who offers him a choice. The red pill or the blue pill. Take one and you see the real world, take the other and you remain in this fantasy.

With a mixture of amazing special effects, deep philosophical questions, fights that defy the physics of our world, a message of embracing your own greatness, and the last battle for the survival of humanity, this movie will stick with you for a long time. You’ll find yourself watching it again as each time you find hidden messages throughout. The script is unlike others in this genre and the characters plights are both raw and inspiring. Who will fight for humanity? Neo will. Reluctantly. But, first, he needs to figure out how to bend the spoon.

Rewatching any of these movies will give you a great experience every time. Each has a soundtrack, relationships, messages, and superb performances that invite multiple views. Some are thought-provoking, heart-pounding, hilarious films that can inspire many emotions. Grab a bag of popcorn and enjoy each one.

All of them will leave you more aware of someone’s world, while others will send you running to the forums to discuss with others. Watch alone or watch with your friends, either way, you’ll have a great time and something to discuss when you’re asked what you did over the weekend.

Nutrition Tips Everyone Should Know

Dating an Older Woman: Is it Good or Bad?