Popular
Is 5000 IU of Vitamin D Enough?
How to Boost Your Stamina and Endurance (And...
Biomanix Review – Premium Male Enhancement At Its...
What causes penile numbness and how to treat...
Why Do We Sweat?
7 Reasons Why You Should Exercise Out in...
Here’s how cannabis can improve your sex life
7 Reasons Why You Should Probably Eat More...
Male Ultracore Review – Is it worth buying?
What is Chlamydia?
Home » 9 Annoying Things You Do In Bed
Sex

9 Annoying Things You Do In Bed

Yeah, what you just did is not sexy – at all. There are things you do during sex that may silently annoy your partner. Over time both of you have gone super comfy when having sex, but this also means that you could be showing some moves you thought are romantic or hot, but are actually the opposite. Sex between two people continuously evolves, so it is important that you learn to listen not just to your body, but to hers as well.

Leaving your socks on 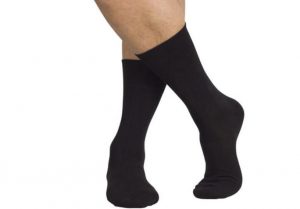 Surely, it’s not as sexy as a woman wearing her heels during sex. Leaving your socks makes you look like a kid and women don’t associate that with sexuality, hence, a major mood-downer. Leaving your socks during sex could also imply that you’re just there for the sex, that after it’s over you’re going to be on your way, say “thanks and call you later”, maybe. That will generally turn her off and send her sex drive or whatever desire she has for you in a downward spiral. If the idea of being partially clothed excites you, leave your pants around your ankles. That’s more visually sexy than with your socks warming your feet.

If you’ve had sex with someone consistently, you should know if she has some parts in her body she doesn’t appreciate you touching. Even if you think she’ll be eventually comfortable by doing it constantly, chances are you’re just earning her ire rather than getting the goal.

She does all the work when she’s on top

Woman on top may make her feel that she has power over you, but it doesn’t mean she wants you to just do nothing. She wants to be in control, but she wants you to be as fully engaged as her. Being underneath her means you also have to guide her. Some women are used to men being on top that they don’t know how to do it from the top, which means just lying can leave her feeling a bit aimless and afloat. It also makes a woman self-conscious if you’re not fully engaging with her from under. You don’t need to thrust if you like the idea of her fully leading, but at least make some physical contact like caressing her breasts, backside or grab her butt.

You call her baby all the time

The occasional baby or sweetie may make her feel connected, but calling her with a generic pet name regularly will make you seem like a typical sweet talker. The regular use of a clichéd pet name makes it impersonal. Stick to her first name instead. That way she’ll feel that you’re really addressing her. It’s great for you to make her a nickname, something that’s from your personal experiences with her, something only the two of you know.

You stare at her vagina

Maybe you’re amazed at the marvelous spectacle, but gazing at it during oral does not make her feel great. It’s actually kind of weird. You can look at it and even admire briefly, but to gape and concentrate on it is totally creepy.

Though it’s nice when a man is in-charge since it reflects his confidence, it’s a different story when you’re just plain commanding. You’re crossing the line if you demand her into doing a position that both of you have never tried before. Instead, you can be a bit dominating by telling her to do things you’ve done and enjoyed before.

You start with manually stimulating her

Starting sex by stimulating the clitoris is not something she’ll appreciate. It actually seems a bit invasive. Women are not turned by your finger inside her, especially if it’s not lubricated. Thinking this is a great idea to heat things up just sent you farther away from where you were.  If you want to make her wet, touch her everywhere except her vagina. Wait for her to feel the desire first. When she does, she’ll be wet and that’s when you should head down there.

You ‘dirty talk’ her at the wrong time

You try to make it really last

Many men think the longer the better, but that’s not really the case with most women. When it’s taking a lot longer and she’s getting more displeased, she’ll show some signs like she’ll stop making noises, she’ll be less responsive, and you’ll feel her going limp. When this happens, it’s a sign for you to wrap things up, obviously.

Healthy Changes You Should Really Make in Your Life