Popular
Is 5000 IU of Vitamin D Enough?
How to Boost Your Stamina and Endurance (And...
Biomanix Review – Premium Male Enhancement At Its...
What causes penile numbness and how to treat...
Why Do We Sweat?
7 Reasons Why You Should Exercise Out in...
Here’s how cannabis can improve your sex life
7 Reasons Why You Should Probably Eat More...
Male Ultracore Review – Is it worth buying?
What is Chlamydia?
Home » All You Need to Know About Premature Ejaculation
Sex

Picture this – you’re going heavy with a fine lady for the first time. You take off your clothes, throw her in the bed, and both of you won’t even bother with foreplay.

As soon as you stick it in, something clicks inside you, one swift moment where everything felt amazing – then it hits you. You’re about to pop. You pull her off, your spunk spraying wildly, and in between each spurt, you look at her with your puppy dog eyes with a sincere and heartfelt apology. She looks at you with a mix of disgust and disappointment. She puts her clothes on and leaves you covered in your man juice.

You just had P.E. – premature ejaculation. You got off pretty quickly, and despite your best efforts to stop it from happening, you inexplicably reach your climax. It’s embarrassing, particularly because this often happens to boys who are going through puberty, and here you are, a grown man, having the same problems. Read the rest to know how you can stop PE.

Premature ejaculation isn’t a disorder, but rather, a normal occurrence in men. Although younger guys are more at risk of experiencing PE, it doesn’t mean that guys over 50 are immune to it. PE is essentially having an orgasm before you want it to happen, and it’s something that most men have experienced once in their lifetimes.

PE is like a rite of passage in becoming a man. You first have to know that it can happen to you before you learn to stop it. No one wants to have sex and be a disappointment to their partner. Both psychological and biological factors come into play. Here are some of the reasons why you experience premature ejaculation:

Lack of self-awareness and control

The most common cause of premature ejaculation is also the simplest to explain – it’s all in your head. Most men know when they are near the edge of their climax, and they can’t make a decision quick enough to stop themselves from reaching their climax. Sometimes, the sex is just too good that you just give in, and that doesn’t mean there’s something wrong with your mental and sexual facilities. Men who experience PE for the first time become more aware of their limits, which allows them to recognize when to take a break or slow it down.

Edging is a technique that involves stopping yourself from reaching orgasm just seconds before it happens. Supposedly, this technique makes your orgasm last longer, and you increase the volume of your ejaculate if you “edged” yourself before having sex.

Edging is a double-edged sword. On one side, you learn to control your orgasms, and on the other, it makes you even more sensitive to sexual stimuli. Edging builds sexual tension in your body that longs for a release, much like how you pump to build up pressure in a soaker before you pull the trigger.

Men who have difficulties getting an erection often experience unintentional edging in some situations. During intimate situations, men could be trying their best to get an erection, and they unintentionally build up pressure that sets them up for having premature ejaculation once they get things going. One thing is for sure, men with intermittent ED just can’t catch a break. 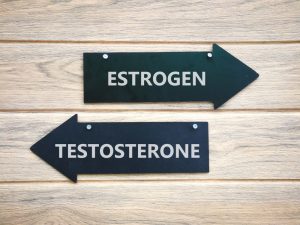 Hormones like testosterone and estrogen maintain the balance that makes you able to control your libido. Men who experience hormonal imbalance can either be too desensitized with sex, or overly stimulated, and it’s rare for everything to be just in the sweet spot. Hormonal imbalance is often caused by poor dietary habits that leave you deficient in key minerals and nutrients that would help you maintain optimal testosterone levels.

Physical intimacy could make any man feel pressured to perform, and this could cause stress, anxiety, and even depression. The consequence of embarrassment and humiliation may be too much for any man to handle on top of raging hormones and libido. With too much going on inside a man’s head, it can be difficult to maintain a level of control and awareness, which leads to premature ejaculation.

There’s never just one reason for experiencing PE. It’s always a combination of these risk factors which eventually lead to PE. Chronic PE could be a sign of an underlying disorder, but if you’re only experiencing random instances of PE, here are some tips to help you prevent PE from happening:

If you’ve started to stimulate yourself, make it a point to work it to completion. Edging feels great for men who have full control over their orgasms, but if you’re concerned about PE, it would be best to finish whenever you can and minimize the sexual tension before you walk into an intimate situation. 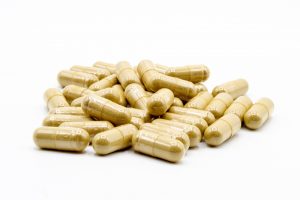 Having premature ejaculation could be the most embarrassing situation you could be in, but there are easy fixes that would help you avoid the humiliation. Time can only tell if you can overcome PE eventually, but rather than waiting for things to fall into place, you can start with these three techniques and learn as you go.