Popular
Is 5000 IU of Vitamin D Enough?
How to Boost Your Stamina and Endurance (And...
Biomanix Review – Premium Male Enhancement At Its...
What causes penile numbness and how to treat...
Why Do We Sweat?
7 Reasons Why You Should Exercise Out in...
Here’s how cannabis can improve your sex life
7 Reasons Why You Should Probably Eat More...
Male Ultracore Review – Is it worth buying?
What is Chlamydia?
Home » Best Exercises to Tighten up Your Abs While Improving the Stability of Your Core
Fitness

Contents show
1 What Makes up the Core Muscles?
2 What Exercise Should I Be Doing to Target My Core?

The core muscles of the body are one of the areas of the body that most people under train. Many of us think that because the core is involved in so many other movements like the squat, dead lift and military press we don’t need to do other exercises that specifically target the abs to strengthen them.

This kind of thinking is wrong, and you absolutely should devote a day of training every week or so to specifically targeting your abs and core muscles.

Many people suffer from lower back pain, and if you are one of them you definitely want to be doing more abdominal targeted work. Many problems people face like anterior pelvic tilt for example is the result of weak abdominal muscles which cannot adequately support our body and spine.

As a result out lower back has to compensate, taking on that additional load that the abs and other core muscles can’t handle. If you have a desk job, spending many hours a day seated, targeting your core muscles during exercise can help improve your posture and help to relieve pain as well.

What Makes up the Core Muscles? 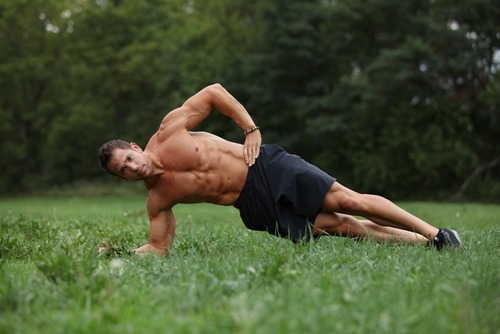 When talking about the core muscles, the abdominal group is what most people think of, but the core consists of more than just those muscles. Along with the abdominals you have the oblique muscles, intercostals and serratus muscles, which are all important in maintaining good core strength as well.

Knowing this is extremely important when it comes to properly developing a balanced routine to equally hit all of these potential problem areas.

Most core muscle is made up of really dense muscle fibers, similar to the density of the fibers found in your calves and forearm muscles. This tells us that we should train them in a similar manner, and the most effective way to do so is with moderate repetitions, in the range of 10-15 per set.

Due to the density of these muscles it means that we can train them more often as well, so if you are up to it you should throw in some abdominal exercises in to your routine every other day.

What Exercise Should I Be Doing to Target My Core? 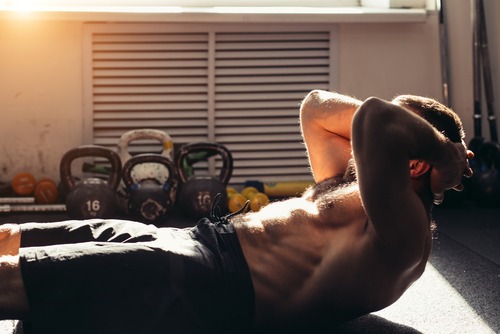 There are so many exercises you can do when it comes to your core, but obviously some are going to be more effective than others. Generally you want to stick to exercises that use more than one movement because they are going to work at least two of these groups simultaneously giving you more results for your effort.

One very effective core exercise that you can do anywhere that requires no equipment is a variation of the traditional pull up, called walk out planks. This exercise hits the entire core, but primarily targets the abdominal muscles.

Another great core exercise everyone should do is called a suitcase carry, which also works the entire core but focuses mostly on the oblique muscles and erector spine muscles. Suitcase carries are easy to do, as all you need is one dumbbell which you hold in one hand as you walk forward. The object here is to keep your shoulders level, as they will want to dip in the direction of the suitcase.

If you don’t know how to do a plank, don’t worry the concept is easy. You don’t need any equipment to do so unless you want a mat because you will be doing this exercise on your elbows. To do the plank, lie face down on the floor with your forearms in contact with the ground as well as your feet which should be together.

Lift your entire body off the ground by drawing in your abs in glutes to where your spine almost forms a straight line. Return to the ground keeping your body flat.

A Review of the Product AllMax Nutrition ACuts