Popular
Is 5000 IU of Vitamin D Enough?
How to Boost Your Stamina and Endurance (And...
Biomanix Review – Premium Male Enhancement At Its...
What causes penile numbness and how to treat...
Why Do We Sweat?
7 Reasons Why You Should Exercise Out in...
Here’s how cannabis can improve your sex life
7 Reasons Why You Should Probably Eat More...
Male Ultracore Review – Is it worth buying?
What is Chlamydia?
Home » Dating an Older Woman: Is it Good or Bad?
Sex

Dating an Older Woman: Is it Good or Bad?

Contents show
1 One word: Cougars.
2 However, there are still cons of dating an older woman. Let me clue you in on what they are.
3 Commitment and Biological Clocks
4 Baggage
5 Mrs. Robinson
6 Cougar
7 Experience
8 Independence
9 Maturity
10 Boy Toy
10.1 My advice to you: See if the pros outweigh the cons. If they do, what’s holding you back?

Men like to date older women. Why? Because they’re more mature, because they have their finances in order, because they know what they want, and because they’re better in the sack. But these are only the positive factors in dating an older woman (which technically are the only aspects a man looks at).

But, it’s the truth. There are a lot of benefits when dating an older woman. A lot of benefits that men don’t necessarily realize. For example, you men always complain that women don’t know what they want and that women are high maintenance. Well, dating an older woman is the opposite of that because older women understand what they want and truly appreciate men for what they have to offer. Plus, older women have lived a little bit more, therefore they are granted more experiences (not to mention an older woman will not want to go out partying and clubbing. This only factors in if you’re willing to settle down soon).

However, there are still cons of dating an older woman. Let me clue you in on what they are.

Finding an older woman may mean that she’s more mature, but it may also mean that she wants a commitment. And, when considering a commitment, you have to consider if she wants to get married and have children (because sometimes commitments just mean the two of you are dedicated to one another without rings or kids). So, if she wants to have a family and kids, you need to consider her age and if she’s running out of time on her biological clock. If you’re not ready for kids, get out of the situation before it becomes too serios (this means the two of you have to communicate about where your future is going to go). 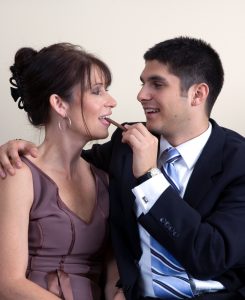 But then again, women that are dating younger men may just want to have a little bit of fun. They may even be dating a younger man because they don’t want to have kids. Just communicate with her before getting all hot and bothered.

Older women have a lot of sexual experiences, which will make them your goddess in the bedroom. However, this also means that they’ll carry with them a lot of baggage. Some baggage may include ex-boyfriends, ex-husbands, kids, divorces, debts, and financial obligations.

You must consider that some, or most, of these forms of baggage may be in her life. Even if she may not ask you to help her out with any of said situations, you’ll still have to deal with the reality of it; She still has to deal with her issues. If you’re willing to take on her baggage, or at least deal with her talking about it, go for it. If not, see your way out.

We’ve all seen the movie. And even if we haven’t seen it, we’ve heard countless family members and friends talk about it.

If you see yourself dating a Mrs. Robinson, chances are surrounding people are judging your decision to be with this woman. This, in turn, makes you reconsider your moral decisions. If you think you’ll be uncomfortable with people in your life talking about the two of you together, try to stay away. If you aren’t by any means uncomfortable, stick with it.

I mean, that’s the term for dating an older woman, right? And, older women that are known to be cougars tend to have a bad reputation. Why is this? Well, because cougars are usually in control of their situations, which in turn means the woman in this relationship is in full control (allowing her to manipulate the man any which way she sees fit).

Keep in mind this is only people talking bad about the relationship. Once again, if you can handle it, proceed (with caution).

Even still, there are some good aspects of dating an older woman. Let’s go into a little bit more detail than what was mentioned above. Here are the pros:

Let’s be honest. Men hate beating around the bush and trying to figure out what pleases a woman. Older women, however, say it straight. They’ll tell you what to do and where to go (in the bedroom). As for life, they’ve been through their fair share of experiences and they know what they want out of life. They’ll tell you so that you can decide what you want to do and how you want to further the relationship. 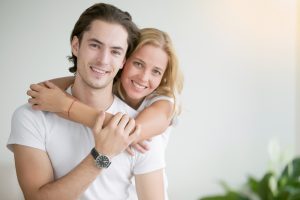 Older women never ask much of their younger men. Why is this? Because they are already established in their careers, they already take care of their own responsibilities, and they already know how to support themselves. So technically, you won’t be the one paying for each and every date as you go along.

Older women want nothing to do with materialistic gadgets and mind games. They want the real deal.

More often than not, older women that are looking to date younger men do so because they have been recently divorced. In other words, they just want to have a good time with life again and they aren’t looking to settle down just yet. With an older woman, you’ll be able to go out and have a good time while learning a thing or two about life, and sex.

My advice to you: See if the pros outweigh the cons. If they do, what’s holding you back?

8 Movies Made For Men