Popular
Is 5000 IU of Vitamin D Enough?
How to Boost Your Stamina and Endurance (And...
Biomanix Review – Premium Male Enhancement At Its...
What causes penile numbness and how to treat...
Why Do We Sweat?
7 Reasons Why You Should Exercise Out in...
Here’s how cannabis can improve your sex life
7 Reasons Why You Should Probably Eat More...
Male Ultracore Review – Is it worth buying?
What is Chlamydia?
Home » Deconstructing Deli Meats-Should You Be Eating Them or Not?
Health

Deconstructing Deli Meats-Should You Be Eating Them or Not?

Deli meats are favorite food among many types of people, as they are loaded with protein, while being convenient at the same time. A deli meats are great for those of us who don’t like to spend a lot of time in our food preparation, but how healthy exactly are these foods?

Many of us have heard about this care of nitrates in our deli meats, however while they do contain these types of night traits and nitrites they are in a lower concentration compare to other foods that we regularly consume. To give you a rough estimate of this less than 10% of these types of potentially carcinogenic compounds, from the consumption of deli meats, so this really shouldn’t be a reason why we should avoid eating these types of foods.
All in all this really shouldn’t be a reason to avoid eating deli meats, but what nutrition do they provide us?

Arguably the worst aspect to be eating deli meats, is that they are high in sodium. While the amount of sodium it in your deli meat is going to depend on the type of deli meat you’re eating itself, there really isn’t any variety you can get away with eating that’s is devoid of added sodium. 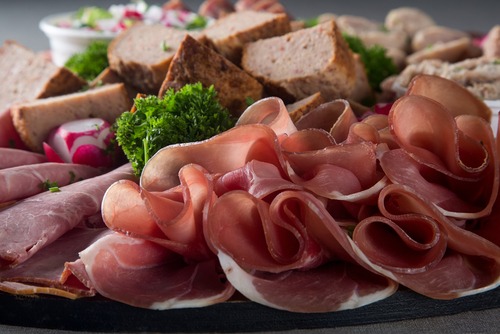 Sandwiches that contain deli meat along with bread of course, can really add up fast. A sandwich alone can contain about 50% or more of the recommended daily value of sodium we should get daily. Combine this with the fact that the majority of Americans are consuming too much sodium as it is, consuming too many deli meats may cause things like an increase in blood pressure and other related problems.

If sodium consumption is a concern of yours, then you should opt for the low sodium varieties. Many supermarkets and delicatessens carry low sodium Turkey, chicken, another types of meats.

What is the Shelf Life? 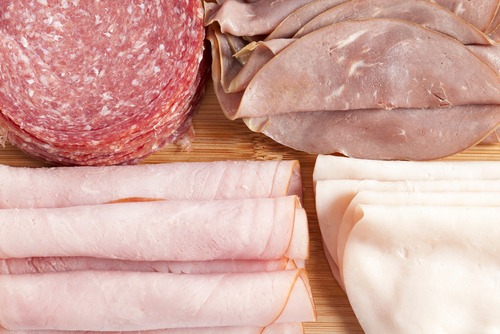 Again this is going to depend largely on the type of packaging that is used however after opening the package most deli meats are good for 3-5 days in the fridge. This is important to remember because again many of these deli meats are high in sodium another preservatives, which can give the impression that’s they are still good long after their expiration date.

While the deli meats themselves may not give any outward indication to us as far as them being spoiled this concern, we have to remember that certain types of bacteria such as listeria, can grow in low temperature environments such as one like your refrigerator.

What is the Verdict?

Like with most any other type of food, eating deli meats is OK if done so in moderation. Another huge consideration here is of course a type of deli meat itself, as you want to generally a void the ones that are very high in fat and preservatives.

This means you should be largely consuming Turkey, chicken, ham, another similar cuts of meat which have a high protein to fat ratio. While you can eat so the sparingly, generally try to avoid meet such as salami, copicola, pepperoni and other meats which have a high fat/protein ratio.

Deli meats have been getting a bad rap as of late, however if utilized properly they can be parts of the healthy and balanced diet. This is especially true for those of us who are on a strict budget, as some types of deli meats are a cheaper source of protein than what you find in another product.

The Best Exercises to Fix Bad Posture–How to Get Rid of That Humpback Fast!