Popular
Is 5000 IU of Vitamin D Enough?
How to Boost Your Stamina and Endurance (And...
Biomanix Review – Premium Male Enhancement At Its...
What causes penile numbness and how to treat...
Why Do We Sweat?
7 Reasons Why You Should Exercise Out in...
Here’s how cannabis can improve your sex life
7 Reasons Why You Should Probably Eat More...
Male Ultracore Review – Is it worth buying?
What is Chlamydia?
Home » Depression Can Make You Age Faster
Health

Depression Can Make You Age Faster

We can all imagine how difficult it is to deal with depression. Major depressive disorder, as it is clinically called, can lead to various health, behavioral, and emotional problems. It can even cause erectile dysfunction and other sexual dysfunctions.

A recently published study revealed that the DNA of people suffering from major depressive disorder is actually biologically older than those of people who don’t have depression. Here you’ll find the details of this interesting new study.

One of the most common and perhaps deadliest mental illnesses affecting millions of Americans, depression is strongly linked to cardiovascular problems, substance abuse, and shorter lifespans. Every year, more than ten million Americans suffer from at least one major depressive episode.

From 2013-2016, more than 8% of Americans aged 20 and above experienced depression according to the Centers for Disease Control and Prevention. In addition, approximately 80% of those who had depression experienced difficulties with work, social activities, and even at home as a result of their depression symptoms.

Depression can be caused by genetic, psychological, biological, or environmental causes or a combination of these factors. Common depression triggers include experiencing a major life change or traumatic event, having a medical condition such as cancer, or taking certain medications.

Depression has many symptoms, most of which interfere with your regular daily activities. Common symptoms include anxiety, restlessness or agitation, and experiencing a persistent feeling of sadness or hopelessness. Depression may also cause either an increased appetite and weight gain or a reduction in appetite and weight loss.

A depressed individual may experience a loss of interest in activities which usually cause pleasure like sex. In fact, reduced libido is very common in people suffering from depression. Feelings of guilt or worthlessness often trouble the depressed individual. In many cases, depression also causes frequent or recurrent suicide ideation and thoughts of death.

Depression and Your DNA Age 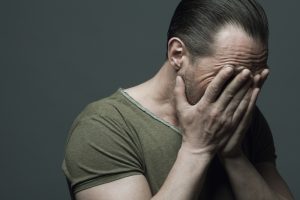 According to the results of the study, the degree of DNA methylation in people with major depressive disorder was indicative of an older age. In addition, those who suffered from severe depression had a biological DNA age that’s even ten or fifteen years older than their actual chronological age.

Moreover, depressed people who suffered from childhood trauma had DNA that’s biologically a year older compared to those who did not go through any adverse childhood experiences. Even more interesting, the researchers found that this same aging effect also showed in the brain tissues of depressed people.

Rates of depression are higher in men who are low on folate and in women who are low on vitamin B12. Following a Mediterranean diet that’s high in B vitamins can help you fight depression. You can get folate from dark green vegetables, nuts, and legumes. 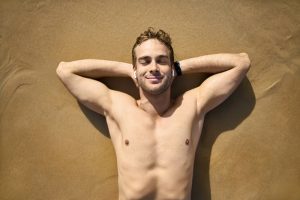 When your vitamin D levels are below normal, you may be vulnerable to depression. Previous studies have shown that in depressed people, especially those who are suffering from seasonal affective disorder, their depression symptoms improved when their vitamin D levels increased.

Previous studies on the effects of EPA and DHA on depression showed that these omega-3 fatty acids benefited people suffering from various types of depression such as major depression, bipolar depression, and postpartum depression.

For men with depression, omega-3s give you added benefits such as improved fertility and testosterone production.

If you’re depressed, you may feel lethargic and not motivated to engage in any physical activities. However, if you make a habit of exercising regularly, it can actually help reduce your depression symptoms. And if you have diabetes, arthritis, or hypertension, exercising regularly can also help improve your medical condition.

Exercising not only helps you lose some unwanted pounds, but it can also give you an endorphin boost. These feel-good chemicals can help improve your mood and increase your sense of well-being. These neurotransmitters also help reduce your perception of pain and help reduce your stress and anxiety levels.

What are the Effects of Soda?