However, the truth is it’s more complicated than any one-size-fits-all categorization. That’s why we’ve put together how, in theory, cannabis can improve your sex life.

A disclaimer: due to the long history of prohibition that’s consumed decades of American drug policy, there is just virtually no point of reference as far as research is concerned. That, friends, is a damn fact.

Regardless, the body makes its own version of cannabinoids (the same active compounds in cannabis) called endocannabinoids, and there are many receptors for endocannabinoids in the parts of the brain dealing with sexual function, particularly the hypothalamus and the amygdala.

A study found that an endocannabinoid called 2-AG is released in humans after climaxing, which lends further credence to the notion that endocannabinoids might be part and parcel of our biological functions related to sex.

What, then, happens when you add cannabis to an already interesting cocktail? Well, the evidence shows that cannabis may play a role in vasodilation, meaning it opens up the circulatory system for improved blood flow — one of the critical factors determining erection frequency and hardness. Moreover, cannabis may enhance reactions to sexual stimuli due to the concentration of cannabinoid receptors in the skin, as well as neural paths involved in pain perception. That’s not to mention its potential ability to influence memory, cognition, fear, and anxiety, for starters.

Based on the evidence, it’s not hard to fathom how such effects may help people have better sex — but the fact is, we don’t have a clue of how cannabis works within the physiological sense of sex due to the simple lack of research supporting such claims. Therefore, there’s simply no boilerplate answer for how cannabis consumption improves or affects sex. It’s all theory and conjecture at this point, if we’re being honest. 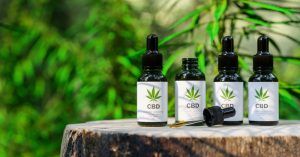 Much of what we know about cannabis’ effects on human biological processes as far as sex is concerned are almost all derived from animal studies. Animal studies support the idea that stimulating CB1 receptors prolongs ejaculation time, so some of the anecdotal evidence we’ve seen and heard on the internet may actually hold some water.

However, prolonged ejaculation time may be troublesome. A 2010 in Australia involving adult cannabis consumers showed that men who used cannabis daily tended to take too long to climax (if at all) as opposed to adult men who didn’t use cannabis at all. However, it must be noted that the findings in this study were self-reported by men, rather than a standard of objective measurement of what actually happened.

It’s not all roses and butterflies for cannabis users, though — frequent cannabis use may negatively affect sperm production and reduce sperm quality, based on a sample of 1,200 adult Danes between ages 18-28. 45% of the sample size had answered that they used cannabis within the last three months of the study. The results showed that frequent cannabis users (defined as “more than once a week”) had lower sperm concentrations and sperm count quality as opposed to those that just used marijuana not more than once a week.

However, in a 2017 study on 662 men and their semen samples from 2000-2017, it was found that men who reportedly used cannabis had higher sperm counts than their teetotaler counterparts. The research suggests that moderate cannabis use may provide some benefits to reproductive health. However, the researchers mentioned that the correlation goes in reverse at higher doses of cannabis, which may shed light on the topic.

In the end, there’s no definitive science to prove that consuming cannabis boosts sexual performance or that it can treat erectile or any other sort of sexual dysfunction.

Nevertheless, here are some tips our experts provided as far as using cannabis for sexual purposes.

What to know about using cannabis in the bedroom 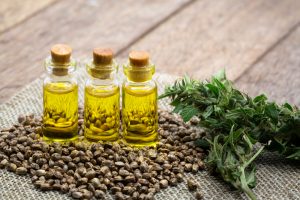 Cannabis is psychoactive and individuals taking it may have different reactions to it. Therefore, if it’s your first time experimenting, always start with low, deliberately slow doses in order to ensure a pleasurable, safe experience for all.

If you’re interested in experimenting with cannabis in your sex life, here are a few things to keep in mind:

7 Reasons Why You Should Probably Eat More Sardines