Popular
Is 5000 IU of Vitamin D Enough?
How to Boost Your Stamina and Endurance (And...
Biomanix Review – Premium Male Enhancement At Its...
What causes penile numbness and how to treat...
Why Do We Sweat?
7 Reasons Why You Should Exercise Out in...
Here’s how cannabis can improve your sex life
7 Reasons Why You Should Probably Eat More...
Male Ultracore Review – Is it worth buying?
What is Chlamydia?
Home » How Male UltraCore Maximizes Fenugreek Potential
Sex

Fenugreek is best known as a culinary ingredient,  but its best use is seen in dietary supplements. It’s one of the few ingredients that are clinically-tested to increase testosterone levels, muscle performance, and testosterone retention. Fenugreek is also known for its unique ability to lower blood glucose levels, especially in diabetic patients. Studies show that Fenugreek benefits men the most, with its wide range of benefits that affect both physical and sexual performance.

Male UltraCore is a premium male enhancement supplement that has 600mg of Fenugreek, standardized to 50% fenusides, and it serves as one of the formula’s core ingredients. In this article, we’ll discuss the many benefits of Fenugreek, and how Male UltraCore maximizes its potential.

Fenugreek, or trigonella foenum-graecum, is a plant that is native to the Near East region and is best known for its culinary applications. The plant seeds and leaves are common ingredients found in middle-eastern and Indian cuisines, where it is commonly called methi. It’s also a staple in Ayurvedic medicine, where it has been used for centuries as a health tonic for a variety of health applications.

Since the 90s, Fenugreek has been studied for its ability to regulate glucose metabolism. The presence of the phytochemicals 4-hydroxyisoleucine, galactomannan, trigenosides, and trigonelline, all work together to lower blood glucose levels, and it’s also the primary reason why Fenugreek was further studied for its other natural benefits.

Recently, medical researchers discovered the immense benefit of Fenugreek in male sexual health. Study shows that fenugreek has an ability to increase testosterone levels through preservation, and it’s also a key ingredient that helps increase the effectiveness of testosterone by lowering its side effects.

How does Fenugreek work? 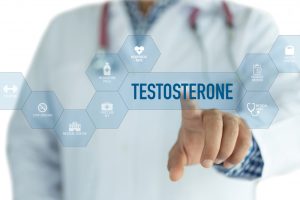 Fenugreek’s main contribution to male sexual health is its proven ability to increase testosterone levels. This is derived from the herb’s ability to neutralize or lower dihydrotestosterone (DHT) levels. DHT is a metabolite of testosterone, which on its own is an androgen, like testosterone. While DHT is also capable of improving libido and muscle growth, it has dangerous side effects on a man’s health.

Testosterone naturally metabolizes into DHT. The enzyme 5alpha-reductase acts as a catalyst to metabolize testosterone into DHT, which results in a significant portion of the body’s testosterone being converted into testosterone.  As such, testosterone levels are kept at a certain level, while DHT levels increase.

Fenugreek works by inhibiting the 5alpha-reductase enzyme to stop the conversion of testosterone to DHT. This results in the lowering of DHT levels, which also significantly lower the risk of prostate enlargement, prostate cancer, acne breakouts, and male-pattern baldness. In the same process, Fenugreek also builds testosterone levels, since the portion of testosterone that is supposed to be converted into DHT is preserved. This results in the body’s prolonged exposure to testosterone, yielding better libido, energy, muscle growth, and reduced side effects.

On its own, Fenugreek is an exceptional supplement ingredient. Some consume Fenugreek seeds and Fenugreek powder as a part of their diet, specifically for this benefit. This makes Fenugreek one of the most effective male enhancement ingredients that you should have if you intend to boost your performance.

Is Fenugreek enough to boost your testosterone levels?

Even with its limited capability in increasing testosterone levels, some studies have referenced the effect of Fenugreek in testosterone production. These findings have yet to be reviewed by the academic community, but its initial results have been promising.

What can Fenugreek do to your body? 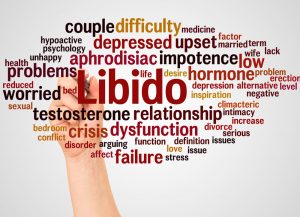 Fenugreek’s ability to increase and preserve testosterone levels is one of its best-known benefits since testosterone affects many of the body’s regulatory functions. By increasing testosterone levels, Fenugreek can essentially help you in improving your energy levels, muscle growth, libido, and sexual function.

Fenugreek is now one of the most in-demand ingredients in male sexual health, testosterone boosters, and bodybuilding supplements, because of its hormone regulatory functions. It’s important to note that taking Fenugreek alone may not produce results that are significant enough to boost testosterone levels, and the ingredient combination, formula, technology, and ingredient quality all affect the effectiveness of Fenugreek in increasing your performance.

How can you boost the effectiveness of Fenugreek?

The most important factor in boosting the effectiveness of Fenugreek is through the processing stage. Using fenugreek seeds, or ground fenugreek seeds and dehydrated fenugreek leaves may not produce a product potent enough to produce substantial results. This is one of the reasons why many supplements that contain fenugreek do not produce results similar to what the studies show.

The active component of Fenugreek that produces results is known as fenusides, the umbrella term used to describe its components such as 4-hydroxyisoleucine, galactomannan, trigenosides, and trigonelline. These phytochemicals are present in the plant seeds and leaves, but you’ll need to consume large amounts to consume the level of fenusides that would produce significant results.

Standardizing fenugreek extract to 50% fenusides is possible, with the right process. This means that by extracting the seeds and leaves of Fenugreek, you can yield a product that contains 50% fenusides, which is 10 times more potent than what you would normally get in dehydrated leaves and seeds. The standardized extract of Fenugreek is currently the most desirable product of Fenugreek, and it’s also the most expensive type of Fenugreek that is typically seen in some high-end supplement formulas.

What are the other benefits of Fenugreek?

Perhaps the most important benefit of Fenugreek that often gets overlooked by those who get Fenugreek for testosterone enhancement, is its ability to regulate blood glucose levels. This greatly impacts muscle growth and energy, and this can benefit patients who need natural support to lower their blood glucose levels. Fenugreek contains 4-hydroxyisoleucine, which naturally helps to lower blood glucose levels by allowing you to accelerate the metabolism of glucose, giving you more energy to fuel your workouts.

In the subject of sexual enhancement, Fenugreek is recently found to impact semen volume and even the taste of semen. The increase in testosterone levels affects the volume of seminal fluid, which carries sperm cells during ejaculation. The plant also contains a metabolite, called sotolon, which causes body secretions to smell and taste like maple syrup. This impacts sweat, urine, and even seminal fluid, resulting in much more pleasurable oral sex.

How does Male UltraCore maximize the benefits of Fenugreek?

The core ingredients of Male UltraCore, Longjack, ZMA, and Ashwagandha, all work well with Fenugreek to maximize testosterone levels.

ZMA is a powerful mineral combination that consists of Zinc and Magnesium Aspartate. Zinc is a key ingredient that helps increase testosterone levels, as it synergizes with Longjack to stimulate the Leydig cells to increase testosterone levels. It also has a unique function that helps increase seminal fluid to boost semen volume, effectively synergizing with Fenugreek to improve semen volume and taste.

Magnesium Aspartate also works well with Fenugreek as it also helps increase free testosterone levels in the body, in the same manner as Longjack. It binds to certain proteins, such as SHBG and Albumin, to help increase unbound testosterone levels. Magnesium Aspartate also helps increase the stored energy in the muscles to assist the performance-enhancing aspect of Male UltraCore.

Male UltraCore uses the two most prolific herbs in Ayurvedic medicine to boost sexual health. KSM-66 is a standardized Ashwagandha product, licensed for use by Male UltraCore to increase testosterone production.

Tribulus Terrestris is a plant that is best known for its anti-aromatase ability. It helps to lower estrogen levels by inhibiting the enzyme that converts testosterone to estrogen. It essentially prevents the side effects of high testosterone levels by lowering its metabolites, in the same manner as Fenugreek. Tribulus Terrestris works synergistically with Longjack and Fenugreek to preserve testosterone levels and reduce the impact of its metabolites in the body.

Why Male UltraCore has the BEST Fenugreek formula

There’s no denying the fact that Fenugreek is one of the most important ingredients in male enhancement, and it’s the key to preserving testosterone levels while lowering your risk for prostate enlargement, prostate cancer, male-pattern baldness, and acne breakouts. Fenugreek has a rare contribution in Male UltraCore that makes Male UltraCore much safer and more effective.

Testosterone enhancement is an extremely complex process, and only a handful of supplements are able to deliver safe, yet highly effective results. Fenugreek is a key component of Male UltraCore that keeps its intense testosterone-boosting core safe while adding to the sexual enhancement benefits with its own unique contributions to the formula, such as increased semen production, and improved semen flavor.

Many supplements in the same category neglect the safety requirements of having a powerful testosterone-boosting formula, and Fenugreek plays a key role in keeping Male UltraCore safe and effective. Male UltraCore also contains a hefty 600mg dose of standardized Fenugreek, which is slightly more than the dosage used in the studies related to Fenugreek. This virtually guarantees that you can expect similar or better results than what is described in the studies.

If you want a highly-specialized formula that maximizes the potential of Fenugreek, Male UltraCore is your top choice. No other supplement in the business can compete with the level of quality, excellence, and complexity that Male UltraCore has in its formula. With its highly-specialized VI-PEX and S.T.E.M. formula, Male UltraCore essentially broadens the potential of Fenugreek as a sexual enhancement supplement and turns it into the ultimate ingredient for male sexual health.

If you want to know more about how Male UltraCore maximizes its ingredients, please click the link below: https://www.maleultracore.com/

Tired of constant fatigue? Consult your doctor if you see these warning signs