Popular
Is 5000 IU of Vitamin D Enough?
How to Boost Your Stamina and Endurance (And...
Biomanix Review – Premium Male Enhancement At Its...
What causes penile numbness and how to treat...
Why Do We Sweat?
7 Reasons Why You Should Exercise Out in...
Here’s how cannabis can improve your sex life
7 Reasons Why You Should Probably Eat More...
Male Ultracore Review – Is it worth buying?
What is Chlamydia?
Home » Is 5000 IU of Vitamin D Enough?
Health

You might be surprised that over 40% of Americans are considered vitamin D deficient, given the amount of sunlight humans are exposed to daily.

In general, many Americans consume less than the recommended daily allowance of vitamin D through their diet. Individuals diagnosed with vitamin D deficiency may be advised to take a high-potency vitamin D supplement (typically in 5000 IU capsule form).

But do you really need a supplement that delivers 5000 IU daily?

The fact is, 5000 IU of vitamin D in a daily supplement is generally more than what most of us need. The maximum recommended daily allowance of vitamin D in otherwise healthy individuals is 4000 IU, which can be derived from a wide array of sources. Supplements containing megadoses are designed for people with confirmed low vitamin D levels. 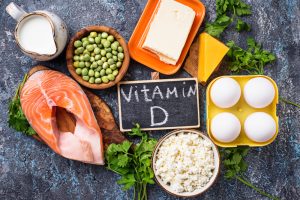 Vitamin D is well-known for properties such as regulating calcium levels, promoting strong muscles and bones, and boosting the immune system. It is primarily obtained through exposure to the sun as well as diet.

The majority of an individual’s vitamin D intake is from exposure to the sun. At the same time, the remainder is derived from the diet. Generally, most individuals need around 600-800 IU of vitamin D through their diets.

Individuals who spend most of their time indoors or live in harsher, northern climates often lack enough sunlight exposure. Moreover, there are but a handful of foods naturally contain vitamin D.

The type of vitamin D you will find in 5000 IU supplements will generally be vitamin D3, which is found in omega-3 rich fatty fish. On the other hand, plant sources contain vitamin D2. However, the former will be found in supplements more than the latter will, as the former is proven to be more effective in boosting vitamin D levels.

Individuals with such vitamin D deficiencies may benefit from taking a vitamin D supplement. However, taking more than the maximum recommended daily allowance may have adverse effects. Vitamin D 5000 IU is on the extreme end of the spectrum, considering vitamin D supplements generally range from 400-2000 IU doses.

Nearly 42% of American adults don’t get the recommended amount of vitamin D. Individuals of African-American or Hispanic descent get even less of the nutrient, with 82% for the former, and 69% of the latter

In addition, vitamin D isn’t naturally abundant in food apart from egg yolks and fatty fish. Otherwise, vitamin D is added to milk and cereal (check for the “fortified with vitamin D” label) to help ensure that everybody gets enough of the nutrient daily.

Determining whether your vitamin D levels are insufficient

The only foolproof way to know whether your vitamin D levels are enough is by taking a blood test.

However, it must be noted that not everyone needs to get such a test, considering that testing for vitamin D in the bloodstream can cost a pretty penny, while laboratories and clinics may report or test for vitamin D levels in various ways.

Vitamin D overdoses: can they happen? 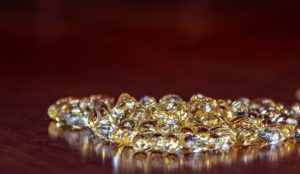 Too much of anything is not good for you. Overdoing any kind of supplement can run you the risk of overdosing–but it’s ultimately way easier to overdose when you’re taking high amounts of the vitamin, such as 5000 IU, will have you go over the maximum RDA of vitamin D. Taking more of vitamin D may lead to side effects. It is worth mentioning that vitamin D overdoses arise as a result of oral intake of supplements rather than getting ample amounts of sunlight. So try to get as much good sunlight as you can (and don’t forget to slather on the suntan).

Ultimately, the question of whether you need to take a 5000 IU vitamin D supplement can only be answered by having a good idea of your vitamin D levels. If you think you might be deficient in vitamin D, ask your doctor whether getting a blood test for such a deficiency is worth it, particularly if you are at a high risk of doing so. If this is confirmed, your doctor will propose changes to your diet via supplements or food. Don’t take higher than the recommended daily allowance of vitamin D–or anything in particular–without first talking to your doctor.

How to Boost Your Stamina and Endurance (And Train Longer, Harder, and Stronger)