Popular
Is 5000 IU of Vitamin D Enough?
How to Boost Your Stamina and Endurance (And...
Biomanix Review – Premium Male Enhancement At Its...
What causes penile numbness and how to treat...
Why Do We Sweat?
7 Reasons Why You Should Exercise Out in...
Here’s how cannabis can improve your sex life
7 Reasons Why You Should Probably Eat More...
Male Ultracore Review – Is it worth buying?
What is Chlamydia?
Home » Now Foods TestoJack 200 Male Performance Formula Review: Are the claims true?
Health

Now Foods promotes TestoJack 200 as a botanical complex to promote reproductive health; support the libido; and spur sexual function. They also claim that it will amplify energy levels; intensify endurance; and increase stamina. This is an evaluation of the scientific data for the properties in this formula to determine whether they hold up to the manufacturer’s claims.

Eurycoma Longifolia Jack, also named Tongkat Ali, is very famous in the supplement world. Ancient Indonesian cultures have implemented it for centuries to resolve erectile dysfunction. It has the capability to correct low testosterone conditions and increase the potency of sperm. This herb regulates DHEA and the conversion of androgens specifically into testosterone.

Lepidium meyenii is an ancient Peruvian herb known as maca root which was implemented into medicine by indigenous peoples there to boost physical performance in warriors. It has been scientifically shown to magnify sexual desire; amplify stamina; and intensify energy levels. This root was also revealed to spur muscle growth; enhance strength; and heighten endurance.

Tribulus Terrestris is often referred to as Devil’s Weed within the supplement market. It is said to increase the motility of sperm and reduce impotence occurrences. Devil’s Weed incites testosterone production and reduces sexual recovery time.

Panax Ginseng has been shown to increase nitric oxide levels which provides a wide selection of health benefits. This functions as a vasodilator to support circulation; promote arterial health; and boost nutrient delivery. This herb also amplifies testosterone; triggers its production; and manages levels.

The package instructs customers to consume two to three gel-caps per day as needed with food. 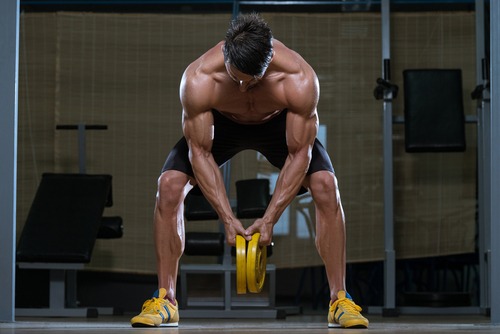 Each of the properties in this supplement have been scientifically tested.

This formula is widely available on webpages and in physical shops.

There have been no scientific studies on the end supplement.

There is no form of guarantee for this product on the official website.

This complex cannot be purchased from the manufacturer’s webpage.

There is a large amount of negative customer testimony for this formula.

A 30-day supply of this formula can be obtained from physical retailers or on webpages for between $20 and $40.

This supplement is a poor purchase decision as most customers were not satisfied and the company webpage does not offer any sort of reimbursement policy.

A Product Review of IntraMAX