Popular
Is 5000 IU of Vitamin D Enough?
How to Boost Your Stamina and Endurance (And...
Biomanix Review – Premium Male Enhancement At Its...
What causes penile numbness and how to treat...
Why Do We Sweat?
7 Reasons Why You Should Exercise Out in...
Here’s how cannabis can improve your sex life
7 Reasons Why You Should Probably Eat More...
Male Ultracore Review – Is it worth buying?
What is Chlamydia?
Home » Older? Dating Younger? Here’s Some Tips
Sex

In 2017, after looking at the behaviors of men and women on online dating sites, the numbers were quite interesting. 9% of all people on the site were likely to interact with someone either older or younger than themselves. This study also found that 60% of men like women who are younger than they are, with most attracted to women who are 1 to 4 years their junior. Though, one fact doesn’t quite work in your favor. Through this site, if you like women who are 10 or more years your junior, their reply rate is 3% less than the average.

These are the numbers from one online dating site and they show that cross-generational, or at least not perfectly age-matched, relationships most certainly do happen. 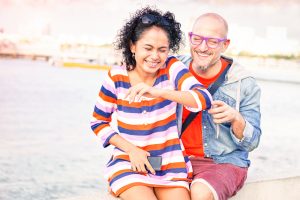 Many younger women like older men because of a combination of maturity, identity, and wisdom. As you grow older you will have matured, hopefully. You will have seen more, experienced more, and learned more. A younger woman is looking for a man that knows what he wants. A man that has looked within himself and found who he is. Compared to men her own age, who, for the most part, are still bumbling around in the dark, she assumes that you turned on the light switch many years ago. Knowing who you are and what you want makes you very valuable to her. She’ll see your unwillingness to settle for less as a sign that you have integrity and very high standards. This may boost her self-esteem, because if you are choosing to be with her than she is the best you can have. This goes the other way, too, because while a young woman has less experience, she may already know what she wants. You.

A need for reliability and stability is of great importance to most women. They have been taught by their mothers, fathers, grandmothers, and most women in their lives to look for stability. You, being an older man, have already been through the other end of job-hopping, wishy-washy decisions, and most likely have already climbed the corporate ladder to a comfortable place. While a man her own age is still climbing, you are already there. Already having gotten somewhere in life, she can count on you for emotional and financial stability. So, get up, go to that 9 to 5 every day, and provide her with the stability she’s looking for. Even if she has a career of her own, two reliable incomes will only help your relationship.

Mentioned above, emotional stability is high on a young woman’s list of attractive traits of an older man. She’s not looking for the drama of a man her age. His woes about college, a career, or a promotion. Having already experienced most of these things, you can offer calm, wise decisions, delivered with the air of one who has lived through most things. Your no-nonsense outlook on life, derived from having lived life, is a huge pull for younger women looking for a long-term relationship. Most likely, though young in years, this woman is more mature than others her age, knows what she wants, and like you, won’t settle for less than the best.

This will backfire. Avoid using the lingo of her time or trying to look “cool”. She wants you because you’re NOT like guys her age. She wants your maturity, mostly objective outlook on life, and experiences. Having said this, learning about some of her generation’s trends, lingo, and fads can be helpful. Though you don’t have to use them or dig too deeply, having some familiarity can bring you and her closer. This will show her you do recognize the difference and at last have some idea what she’s talking about. Though, this may not be an issue, because she might not hang around people her own age. But, if she does, brush up on a few things from her generation and suggest she do the same for yours. It will prevent a lot of potential misunderstandings.

Related, you’ll want to stay true to who you are and what you like to do. Don’t run out and join every activity she likes or take her to places you think she’ll like, because of her age. She doesn’t want you to act like guys her age. Not only will you, most likely, dislike the activity, but you’ll look out of place and feel uncomfortable. Oftentimes, a younger person attending the activities of older people is more accepted than the other way around. Wear the clothes you normally would and do the things you enjoy.

Before going out, you may want to discuss places and activities that will be comfortable for both of you.

You are both adults. Treat each other like adults. Do not treat her like a child or comment that you’re older so wouldn’t do it that way. Never lecture her. On the other hand, curb comments about your age, generation, or that you are doing things the “old-fashioned” way. Both of these behaviors can lead to unneeded power plays in the relationship. Acknowledge that you are different ages, but don’t make each other feel bad about it. You knew this when you began the relationship, so make sure to always respect each other for the adults you are.

Discuss the future. As you grow elderly, what do you expect from her? How do you want her to represent you on your behalf? Do you want her to be the sole decision-maker if you become unable to make your own decisions?

Also, discuss the other side. If she becomes disabled, what does she expect from you? What choices would she like to be made for her?

Are both of you willing to become a caregiver for the other?

Dating a younger woman is an amazing experience. When meeting her for the first time, get her number quickly, as she’ll want to enjoy every experience she can. In addition to your humor and personality, she’ll enjoy your maturity, stability, and knowledge. Together, the two of you will forge a bond that lasts no matter what your birth certificates say.

9 Of The Best Candy Bars For Your Health