Popular
Is 5000 IU of Vitamin D Enough?
How to Boost Your Stamina and Endurance (And...
Biomanix Review – Premium Male Enhancement At Its...
What causes penile numbness and how to treat...
Why Do We Sweat?
7 Reasons Why You Should Exercise Out in...
Here’s how cannabis can improve your sex life
7 Reasons Why You Should Probably Eat More...
Male Ultracore Review – Is it worth buying?
What is Chlamydia?
Home » Unexplained Chronic Pain: Causes to Consider
Health

As many as one in ten Americans is suffering from chronic pain, though the cause is not always clear. Often there is no clear diagnosis of what may be causing the pain, or there is a misdiagnosis, and doctors are overprescribing pain medications even when CBD oil is becoming a better alternative with fewer side effects and better results. If you are in this situation, rather than treating the symptoms or developing a reliance on painkillers, it may be more beneficial to address the underlying causes, be they environmental or internal. Keep reading for possible explanations for pain with slippery diagnoses.

In some cases, what feels like pain caused by a structural problem actually stems from food intolerances. An issue processing alkaloids, chemical compounds that nightshades evolved to be less attractive to insects, cause digestive upset in a number of people. One common manifestation of nightshade intolerance is inflammation. This means that, unknowingly, many people will eat a pepper, potatoes, or red sauce on their pasta tonight, and wake up with pain the next morning. Many people do this every day and wonder why their hands ache, or even why it can hurt to walk on some days. Anyone with chronic pain that bears no explanation should try eliminating nightshades from their diet for a period of three weeks, and see if symptoms recede. This means avoiding pepper, tomato, potato, yam, eggplant, and goji berry products, and keeping a record to discover any changes in both physical and emotional wellbeing.

Though unexplained, chronic inflammation is often directly associated with sensitivity to nightshades, other food sensitivities may create similar experiences. If you experience chronic or pain or discomfort, even if you believe you have no allergies, it may be worth consulting a nutritional doctor who can administer a blood test to check for food sensitivities.

A migraine: Not Entirely Unpreventable 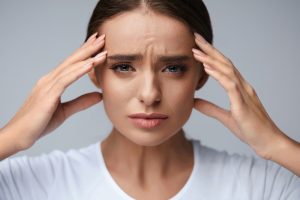 The definitive causes of migraines remain unclear, but communities of sufferers have been able to compile lists of common triggers, including bright lights, inconsistent or insufficient sleep, fermented foods, food additives like MSG, inconsistent meal schedule, alcohol, and caffeine. Surprisingly, many sufferers of a chronic migraine are unaware of one or more of these triggers and do not successfully avoid them.

If you suffer from more than an occasional headache, it may be time to make lifestyle changes. Pick a bedtime (well before midnight, if possible) and stick to it, and commit to waking up at the identical time each day for a month. Neuropsychologists have determined that genetically speaking, approximately ninety-nine percent of humans need more than seven hours of sleep to function properly. Make sure that you are allowing yourself the opportunity to rest fully each night, remembering that just because a man has figured out how to survive on five hours of sleep does not mean it is in his best interests to continue doing so.

Additionally, commit to regularized mealtimes, with fully nourishing offerings. The regularity many children have in their schedules would serve adults well, though most adults do not enforce it in their own lives. Eat a full breakfast at eight, lunch at noon, and dinner at six every day for a month, avoiding fermented foods, foods with additives, alcohol, caffeine, and any intolerances. (Or, pick other times that work with your schedule, and stick to those.) Often, people take poor care of themselves and wonder why they find themselves feeling terrible later– Don’t do this to yourself.

Certainly, it is entirely possible that this will not stop the migraines; a visit to the doctor is in order for any chronic migraine sufferer who is missing out on life. For others, finding and eliminating foods that are causing the body to struggle along with regularizing sleep and meal times may mean the end of a migraine and the diminishing of headaches in general.

Post-Treatment Lyme Disease Syndrome, a condition that is controversial in a way similar to the post-strep affliction dubbed “PANDAS” (Pediatric Autoimmune Neuropsychiatric Disorders Associated with Streptococcal Infections), is a combination of pain, fatigue, muscle aches, and joint aches that seem to linger after the treatment of Lyme disease. This can be controversial because though the medical community universally accepts the premise of the initial infection, itself, the cure is often not thorough. Sometimes accompanied by coinfections like the neurologically harmful Babesiosis, Bartonella, and Anaplasmosis, Lyme disease is most commonly treated with a regimen of the antibiotic Doxycycline, without follow-up testing. 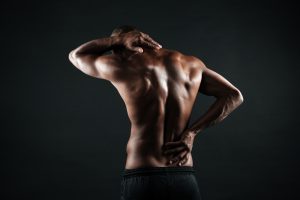 Most patients are unaware, however, that the medical treatment considers treatment complete when blood test analysis suggests numbers of bacteria have fallen below a certain numerical threshold, rather than when the infection has been eradicated completely. Most commonly, patients treated for Lyme disease carry low levels of the infection for the rest of their lives. This often has no impact on quality of life.

Coinfections of Lyme disease, like Babesiosis, Bartonella, and Anaplasmosis, however, are lesser known and therefore less often diagnosed. Individuals who seek treatment for Lyme will likely take Doxycycline, sometimes followed up by tests to confirm a decline in that particular form of bacteria, but the possibility of coinfections is often ignored until symptoms develop further. Though Babesiosis, Bartonella, and Anaplasmosis are all caused by bacteria and may be eradicated by Doxycycline, there are cases where the infection is pervasive and persistent enough to resist the initial, customary dosage.

This can become problematic if left unaddressed, as Babesiosis symptoms can present months after infection, causing muscle aches and headache in the early stages, and continued pain and even neurological complications if left untreated. Each of these diseases can be difficult to diagnose based on symptoms, which are often vague, nonspecific, and easily attributed to a number of outside causes, but left untreated, each may cause pain, fatigue, and greater long-term obstacles. If you live in the Midwest, New England, the Mid-Atlantic, or wooded parts of California and have been diagnosed with Lyme but continue to feel unwell, consider consulting a Lyme specialist. Many doctors have not been trained to recognize these infections, or have heard that cases of these coinfections are often inconsequential, but in the case of active, destructive infection, treatment is needed.

How to Build a First Aid Kit

How Long Do Guys Typically Last in Bed?