Popular
Is 5000 IU of Vitamin D Enough?
How to Boost Your Stamina and Endurance (And...
Biomanix Review – Premium Male Enhancement At Its...
What causes penile numbness and how to treat...
Why Do We Sweat?
7 Reasons Why You Should Exercise Out in...
Here’s how cannabis can improve your sex life
7 Reasons Why You Should Probably Eat More...
Male Ultracore Review – Is it worth buying?
What is Chlamydia?
Home » What are the Effects of Soda?
Health

What are the Effects of Soda?

Our food industry was revolutionized in the 19th century with the creation of Coco-Cola in 1886. From that time, numerous sodas have been created and are readily available in every market across the globe. Although it is extremely satisfying to pop open a can of soda and enjoy it after a meal or on a hot day, soda has been clinically proven to have many adverse effects your body’s health.

Some of the effects of soda include:

Drinking soda can have serious effects on your heart. Sodas are directly correlated with the increase of triglycerides in the body which results in the accumulation of low-density lipoprotein (LDL) also known as bad cholesterol. A research study published by the National Library of Medicine examined the effects of sweetened beverages on the health in a trial consisted of 42,833 men. According to the research, participants who ranked in the top percentile of soda intake reported a 20% increased risk of being diagnosed with coronary heart disease. 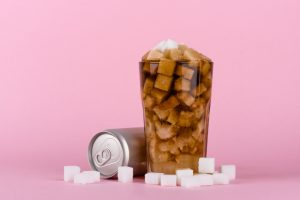 Sodas contain an alarming amount of sugar with Coco-Cola containing 33 grams, Mountain Dew 29 grams and Dr. Pepper 40 grams of sugar. According to the American Heart Association, the maximum amount of sugar that should be in a man’s diet for a healthy diet is 9 teaspoons of sugar or 37.5 grams per day. One soda is equivalent to your entire daily sugar intake. Studies show that soda increases your risk of developing types 2 diabetes and pre-diabetes. A research study reported that participants who consumed 6 cans of soda a week were placed at a 46% greater risk of developing prediabetes in comparison to people who did not drink any sodas over the period of 14 years. Twenty-five percent of people who are diagnosed with prediabetes develop type 2 diabetes over a period of 5 years.

You may want to reconsider that can of Coke before you plan to engage in sexual activity. According to a research study published by the Human Reproduction journal, sodas can have an adverse effect on your sperm count. The Rochester Young Men’s Study was conducted among 189 men between the years of 2009-2010 at the University of Rochester. The subjects between the ages of 18-22 submitted semen and blood samples and a dietary questionnaire for analysis. The research discovered that men who drank more than 1.3 servings of soda a day reported a 9.8% decrease in their sperm motility in comparison to men who did not drink sodas frequently has. The research also noted that drinking sodas also increased their risk of obesity which has an effect on your sperm count and motility as well.

Once soda is done making its way through your body, the components that the body does not need is sent to your kidneys to be excreted from the body. A research article published by the Public Library of Science discovered that soda consumption has a negative effect on your kidneys. The research discovered that participants who reported drinking two or more sodas a day had an elevated presence of albuminuria between 11-17%. Albuminuria is a protein found in the urine and functions as an indicator of kidney damage. This protein is a direct result of the high blood sugar levels and is commonly found in people who are diagnosed with type 2 diabetes. The presence and level of albuminuria in the urine indicates a heightened risk of developing kidney disease and kidney stones. 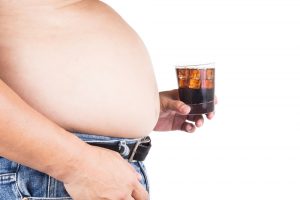 The American Journal of Clinical Nutrition conducted a research study that explored the effect of soda consumption on weight gain or obesity. The research shows that there is a direct correlation between the amount of sugar consumed through sodas and weight gain. Sodas place the body at risk of developing obesity due to the excess sugar. The body uses sugar to produce energy, but the excess sugar is then converted by the liver into fatty acids and then stored in the body thus increases the body’s mass and weight. Even diet soda, ironically, can increase your possibility of gaining weight. A research study published by the Journal of American Geriatrics Society reported that people who drank diet soda gained 3 times as much weight than does who didn’t over a period of nine years.

Your risk of developing asthma or a chronic breathing condition can be affected by your soda consumption.  A research study published by the Respiratory journal examined the correlation between these two entities. The research conveyed that the higher the number of sodas a person consumed placed them at a higher risk of developing these diseases. Additionally, the researchers reported that 15.6 % of people diagnosed with a chronic obstructive Pulmonary disorder and 13.3% of people diagnosed with asthma reported drinking at least half a liter of sodas a day.

Soda can also negatively affect the health of your teeth. Sugar bonds with the bacteria in your mouth and make the pH of the soda more acidic. This acidity targets the teeth by weakening the enamel and drains the calcium from your teeth. This causes an increased risk of developing cavities. Additionally, soda lowers the pH of your saliva which enhances dental erosion, stain you your teeth rapidly increases bacteria in the mouth.

So instead of drinking a soda with your meal, a trade that carbonated drink with a glass of water or a glass of 100% organic juice. These drinks are not associated with such a large number of health risks as soda does and still allows you the refreshing satisfaction of a cold drink.

4 Testicular Disorders That Can Make You Infertile

Depression Can Make You Age Faster